My research focuses on Latin literature of the late Republic and early Empire. In particular, I'm interested in the origins and development of scientific writing at Rome and the experience of the sublime. My current book project explores how the sublime impacts the formulation of scientific ideas and shapes the representation of scientific inquiry in Latin texts of the first century C.E. I recently organized a conference on the sublime that took place at Dartmouth (The Sublime in the Ancient World, June 3–5, 2022), and will edit the papers from that event. Shorter pieces that will appear soon include papers about cessation of time ("Time Stood Still, and It Was Sublime [Proto-Gospel of James 18]"), the Elder Pliny ("Pliny's Natural History and the Scientific Sublime), and Ovid ("Flood, Fire, and the Augustan Sublime in Ovid's Metamorphoses"), and an essay on the sublime in the ancient world for The Cambridge Companion to the Romantic Sublime.

I teach Latin at all levels. The subjects of my most recent Latin seminars are The Roman Heavens, Virgil's Aeneid, Ovid's Metamorphoses, and Catullus. I also teach a variety of CLST classes, like Ancient Medicine (CLST 11.16), that don't require Latin/Greek or any knowledge of the ancient world. 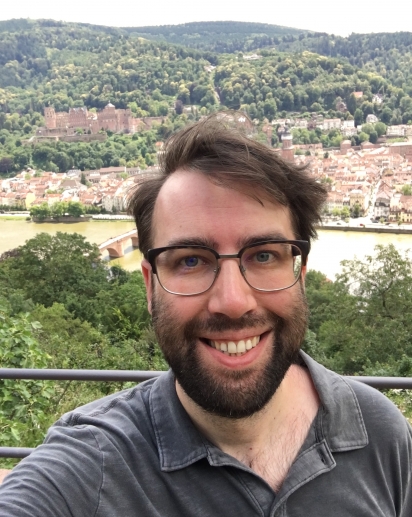 The book argues that the experience of the sublime plays a crucial role in texts that explore the mechanics of nature at Rome during the early empire. I show how a commitment to the thrill of the sublime affects the formulation of scientific ideas, shapes the representation of scientific inquiry itself, and contributes significantly to debates about how and why one should study the natural world. By bringing these works together into one study, which has not been done before, I establish a major thread of literary and intellectual continuity that cuts across genres, moving from the late Augustan principate through Neronian Rome and into the Flavian period. Along the way, the scientific sublime emerges as a central feature of Latin literary production more broadly and frames a new story about the development and dynamics of Latin literature.